Lent: The Authority of Christ 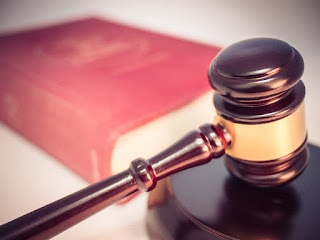 Below is a devotion I gave last night at our Lenten service on the Authority of Christ.
---
Exodus 20:12

What is happening this year? This is for your participation. (Olympics, March Madness, and World Series) In 2020 we elect a new president. Each president has power. They have the authority to manage the laws of the land. Now, I know we come from various political backgrounds. Let us put that aside for a moment. As we prepare for Easter, we recognize a different authority in our lives: God. God wants to reign and rule over us in good ways. We don’t vote him in or appoint him in. He always was, is, and will be. He is the King of Kings and Lord of Lords.

Philippians 2 tells us that Jesus emptied himself of his divine kingly prerogatives. He did that for a reason. He came to earth with the express purpose of dying. He gave up his rights to purchase us, forgive us, and offer us an inheritance of salvation that won’t perish, spoil, or fade (1 Peter 1:3–5). He did that through his death.

As we prepare for Easter, who is the king in your life? Are you the master of your fate? God wants to rule and reign over you and me. We all have authorities in our lives.
Our culture and hearts like to dodge authority when we can. We want to be the master of our domain. We value
The Bible casts an alternative vision and value of community and submission than one we naturally tend to. Here is an example,

Be subject for the Lord’s sake to every human institution, whether it be to the emperor as supreme, or to governors as sent by him to punish those who do evil and to praise those who do good. For this is the will of God, that by doing good you should put to silence the ignorance of foolish people. Live as people who are free, not using your freedom as a cover-up for evil, but living as servants of God. Honor everyone. Love the brotherhood. Fear God. Honor the emperor. (1 Peter 3:13–17)

Writing in prison in Rome, Peter commends an attitude of submission to authorities that would eventually kill him. Why and how does he say that? It was for the “Lord’s sake.” It was to serve and fear God. Why? Submitting to authority and respect for authority can be an act of allegiance to God. God, through Peter, was not asking us to obey man when he contradicts his Word. Peter wouldn’t do that. The Bible doesn’t teach that, and that is why Peter was in prison. So, how do we honor authorities when we don’t want to, and it isn’t a moral issue? How do we do what we don’t want to do? We do it unto God.

But what do we do when we fail? How do we deal with our conscience when we have rebelled against our parents, or disrespected of our teachers, or slandered those over us? What do we do after we feel guilty and shame? Friends, we go back to Easter.

Christ was and is categorically different from any other authority.
Only Jesus did. Romans 5:8 says that God demonstrates his love for us in that while we were still sinners, Christ died for us.

Our powerful and kind God is trustworthy and true. He isn’t the opium of the people as Marx claimed or for losers, as Ted Turner once said. The Creator of the universe spoke and speaks to his creation. The Author of history wrote himself into it. God became man and dwelt among us in Jesus, and authoritatively speaks regardless of how Pilate, the Pharisees, or the world, the devil, and our hearts perceive him. He was truly the King of the Jews.

Is he your king? Do you recognize Christ’s authority? As you and I prepare to praise God for conquering the grave, consider what place he has in your life. Do you respect him, his ways, and Word? I imagine you do; you are here tonight. However, non of us are perfect. We all need Jesus’s forgiveness. That is why he came and died. Let us reflect in quiet on the sacrifice he made on our behalf.

How can you take this season and seek him? Seek him while he may be found.

Let’s pray as we conclude our service.

*All Rights Reserved. Used by permission only.
Subscribe to my Newsletter!