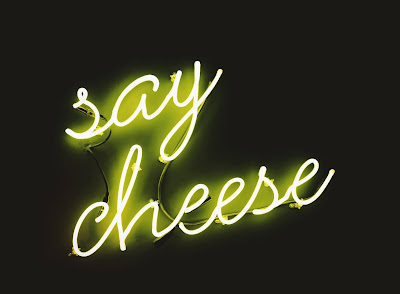 Wow! What a neat night of worship. I love that we can come together freely and praise our Creator from all types of Christian backgrounds. Over nine years ago, I moved here. My daughter was six; she is fifteen now. She has danced with Dance Arts for eight years. Mrs. Sarah, Rhonda, and Ali have been so wonderful. I can’t thank you enough for the impact you have been on my daughter’s life. She has loved working with you and her classmates.

I also want to plug Dance Revolution. Two years ago, I went to the end of it, and I was blown away by the profound ability to connect music, lyrics, and dance in creative worshipful ways. I have often heard my wife say this was one of the most powerful weekends of her life. I encourage you to check it out if you have not already.

That being said, SMILE.

Did you know “there are 43 muscles in the face, most of which are controlled by the seventh cranial nerve (also known as the facial nerve). This nerve exits the cerebral cortex and emerges from your skull just in front of your ears?” Those muscles control our smiles. Did you know that? 43 muscles God made for us to smile.

People smile in many ways. Some use all those muscles, and some don’t.  The point of the song Smile is to encourage us to make an effort; it is better for you and those around us if we try to be happy.

But how can we smile when our world is falling apart?

In 1960, Disney came out with the movie Pollyanna. Parents here may have seen it. It is a fun, a clean movie where Pollyanna comes to a grumpy old town and things change. Her happy disposition turns the frowns upside down. The message for us is the power of positive thinking. Just be positive. Try harder.

Is that realistic? Does that work?

I think trying to smile noble and valuable and good. But there is a better starting place. As followers of Christ, we have a starting point that is stronger than a plastic grin.

We hear echoes of it in the Old Testament. I am studying the Psalms with Pastor Mike and Rich. Psalm 30, for example, connects the power of positivity to a spiritual reality. This power of joy lies not in us but God. Let me read part of it.

4 Sing praises to the Lord, O you his saints,

and give thanks to his holy name.

5 For his anger is but for a moment,

and his favor is for a lifetime.

Weeping may tarry for the night,

but joy comes with the morning.

and to the Lord I plead for mercy:

11 You have turned for me my mourning into dancing;

you have loosed my sackcloth

and clothed me with gladness,

12 that my glory may sing your praise and not be silent.

O Lord my God, I will give thanks to you forever!

The reality is God doesn’t stop all bad things from happening. There is a time to weep and a time to laugh. We will face difficulties, disease, and even death, yet God has given us good things to enjoy today. He has given us dance and song. He has given us our children and grandchildren. He has given us so much here in America. When we can’t see those gifts, how do we cheer ourselves up? How can we be joyful in sorrow? How do we smile?

Let me tell you a story that might help. It began in 1938 in Queens, New York. In 1938, Bernard was born the same year as Evel Knievel, Kenny Rogers, B.B. King, Ted Turner, and Maxine Waters. That year the Chicago Cubs lost to the Yankees in the World Series. America’s unemployment was around 20%. The effects of the Great Depression continued. Hitler and his German Reich took over Austria.

Benard was born to a plumber and part-time stockbroker. Being Jewish, his family emigrated from Europe before the war. Bernard went to the University of Alabama and transferred to Hofstra University in New York to major in Political Science. Working as a lifeguard and sprinkler system installer, he saved up $5,000 to start what would become a billion-dollar company: Bernard L. Madoff Investment Securities LLC. His company promised secure returns on investments year after year. He succeeded became the head of the NASDAQ from 1990–1993. However, in 2008 it all came crashing down when the FBI arrested him for the largest Ponzi scheme in history. He stole 65 billion dollars in lost principal and revenue! 65 billion dollars.

Hedge funds, schools, hospitals, the rich and famous, and the average person invested their life savings, retirement, and college education into his firm. Horrible. What he did was wrong.

The government gave him 150 years in prison. He died in April of this year. Was that justice? He was never able to pay all the money back. Where is justice? The reality is there is no perfect justice in this life.

How can we smile then? How does this turn our mourning into dancing? Well. Let me confess. I am Bernie Madoff. Well, not really. I am worse. Instead of stealing sixty-five billion, I have stolen God’s glory. I have rebelled against my Creator, and I daily need forgiveness. I have been a traitor and a rebel. My subtle and not-so-subtle sins make up my guilt, and I feel it from time to time. I don’t love him with all my heart or my neighbor as myself. I sin in my thoughts and sometimes words and actions. Sometimes it is intentional and other times not.

How does that help me smile? How can I turn my mourning into dancing? I can smile and dance because the greatest gift I have I can never repay: God’s forgiveness. That is the good news of the gospel.

There is forgiveness for all who want it. How’s that? How does that work?

It is called grace.

We have God’s riches at Christ’s expense. Jesus died for our sin. The Son suffered the Father’s wrath that we might be forgiven forever.

You see, we all are Bernie Madoffs in a sense. When we do our own thing, disobey, or hurt someone else, we break God’s law of love. When we don’t do the thing we should and don’t love, we break his law of love. God is holy, and his standards are perfect. Justice must be satisfied, and the good news is it was 2,000 years ago for us who believe. If we know that, if we remember that, we can smile and dance in the good times and bad. Not only because of this mercy and help but also because of God’s grace. He sees us as flawless.

Not only that, God has credited to our account his Son’s track record. It is like he turned a red sixty-five billion-dollar hole into a black pile of money. We are not in debt but ahead. We are on top of the world and Forbe’s list of the world’s richest people. You are wealthier than Marc Bitzer, the CEO of Whirlpool, with Christ’s righteousness. So let us smile, dance, and sing.

God is the Judge
Defining Right and Wrong
I Once Was Blind
Labels: Bible Musings