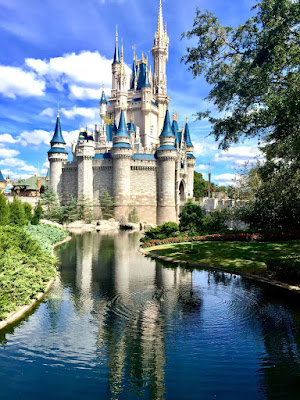 How many of us enjoyed Jim Hensen’s Muppets growing up? I did. I love the two old guys in the theater. Who is your favorite character? Those shows were so creative and fun.

Yesterday, I heard that the Muppets had joined the moral bandwagon pushing the latest agenda. Like many things, there is good and bad in their messaging.

In a new baby Muppet episode, called Gonzo-rellla, they take a new twist on the classic story of Cinderella. The good message they offer young children is to be nice and love those that are different. The bad part is that it promotes gender fluidity.

How? In the show, the baby Muppets have an invitation to a royal ball. They begin to talk about what they will wear to that ball. The boys will dress up as knights and the girls as princesses. Gonzo, a boy muppet, hears this and wants to dress like a princess. His friends confront him that it is against the law of the land. He needs to dress like a knight. This makes him sad.

Later, a fairy ratfather, Rizzo, secretly makes Gonzo’s dream come true. He disguises Gonzo as a princess and he goes to the ball. At the end of the night, Gonzorella disappears but leaves a slipper. The muppet babies have a slipper and wonder who was that amazing princess at the part. Finally, Gonzo replies, “There’s something I need to tell you. The princess who came to your ball tonight was me.” His friends feel bad about how they treated him and tell him sorry. They want to accept him no matter what he wears. Woah.

I think Christians need to treat people who are different or think differently with love. We need love for our brothers, sisters, neighbors, and enemies. That is an important message for our children. At the same time, love doesn’t mean we go along with or support every idea and action. We can love in word, by serving, by prayer, and even confronting.

What is wrong with a boy muppet wearing a dress? What is wrong, is that the plot was an intentional moral message that confuses what is clear. Psychologically, twenty years ago, taught that a prolonged desire to be identified with a gender other than the one from birth was a mental health issue. They named it gender dysphoria. That is what secular science was saying, not celebrating. Now, this social science is backpedaling and joining the entertainment industry. The moral compass of our culture is ever-changing.

How does society draw any moral lines? We disagree about so many things. What is good, right, and true? What is wrong with Gonzo? Should we make a big deal out of this? I certainly don’t think it is inherently wrong for a boy to wear a kilt. Kids experiment. What are masculinity and femininity? Are they biological, learned, or fluid?

I think it is important to go back to the Bible when defining morals. Genesis 1:26 tells us that God made the categories of male and female. They are made in his image. He created gender, our gender. And he made it good. Both genders were in the image of God. Each is beautiful and wonderfully made. We must encourage boys to embrace the gender God gave them in culturally appropriate ways. And encourage girls to be girls in culturally appropriate ways. Masculinity and femininity are valuable and good. The Fall has hindered our perfect reflection of it so we have mental health challenges. But we do more damage to society and the person to go against God’s design.

At the same time, this kind of moral confusion from Hollywood is normal. We should not be shocked. Morality is not a function of popularity. The Bible offers us our only solid answers. Our unchanging, good, wise God inspired it. He grounds right and wrong. He picks up our broken distortions and frees us by the power of the Holy Spirit through his Son to know what is true.

Disney’s take on what is good reminded me of a story of moral chaos in Israel from over three thousand years ago. We read about it in Judges chapter 17. So let’s look at what their culture was doing then. America was not first in its moral confusion.

There was a man of the hill country of Ephraim, whose name was Micah. And he said to his mother, “The 1,100 pieces of silver that were taken from you, about which you uttered a curse, and also spoke it in my ears, behold, the silver is with me; I took it.” And his mother said, “Blessed be my son by the LORD.” And he restored the 1,100 pieces of silver to his mother. And his mother said, “I dedicate the silver to the LORD from my hand for my son, to make a carved image and a metal image. Now therefore I will restore it to you.” So when he restored the money to his mother, his mother took 200 pieces of silver and gave it to the silversmith, who made it into a carved image and a metal image. And it was in the house of Micah. And the man Micah had a shrine, and he made an ephod and household gods, and ordained one of his sons, who became his priest. In those days there was no king in Israel. Everyone did what was right in his own eyes. Now there was a young man of Bethlehem in Judah, of the family of Judah, who was a Levite, and he sojourned there. And the man departed from the town of Bethlehem in Judah to sojourn where he could find a place. And as he journeyed, he came to the hill country of Ephraim to the house of Micah. And Micah said to him, “Where do you come from?” And he said to him, “I am a Levite of Bethlehem in Judah, and I am going to sojourn where I may find a place.” And Micah said to him, “Stay with me, and be to me a father and a priest, and I will give you ten pieces of silver a year and a suit of clothes and your living.” And the Levite went in. And the Levite was content to dwell with the man, and the young man became to him like one of his sons. And Micah ordained the Levite, and the young man became his priest, and was in the house of Micah. Then Micah said, “Now I know that the LORD will prosper me, because I have a Levite as priest.” (Judges 17, ESV)

What do you think of this? Micah steals, breaking one of God’s top ten commandments. He feels conviction and confesses. His mom blesses him in Yahweh’s name and then commissions him to make an idol! Then, Micah hires one of God’s chosen priests to minister with this idol. The story ends with Micah convinced that God, Yahweh will prosper his idolatry because of his hired priest. WHAT!

Where do find what is right and wrong? Not Hollywood, not democracy, not a confession, not idol worship, pluralism, or the cast system. Our only hope is in God’s Word as it reveals himself and his ways. He is our moral compass, our true north. Let us stick to the Word and pray for our nation to repent of doing what is right in its eyes.

Jeremiah tells of a day that will be an answered prayer, “For this is the covenant that I will make with the house of Israel after those days, declares the LORD: I will put my law within them, and I will write it on their hearts. And I will be their God, and they shall be my people.” (Jeremiah 31:33).

God, please put the law within me and my people.