“This is a time when the fragile form of this world is felt. The seemingly solid foundations are shaking. The question we should be asking is, Do we have a Rock under our feet? A Rock that cannot be shaken—ever?”
—John Piper
On January 11, 2020, a novel coronavirus (COVID-19) reportedly claimed its first victim in the Wuhan province of China. By March 11, 2020, the World Health Organization had declared a global pandemic. In the midst of this fear and uncertainty, it is natural to wonder what God is doing.
In Coronavirus and Christ, John Piper invites readers around the world to stand on the solid Rock, who is Jesus Christ, in whom our souls can be sustained by the sovereign God who ordains, governs, and reigns over all things to accomplish his wise and good purposes for those who trust in him. What is God doing through the coronavirus? Piper offers six biblical answers to that question, showing us that God is at work in this moment in history.

You can get your copy here

Popular posts from this blog

Did you ever watch Scooby-Doo? I did. I still remember the rerun of the 1972 episode with Jonathan Winters (1925-2013). Did you see that one? Jonathan Winters played himself as a guest on the cartoon show as well as Maude Frickert. Maude’s late husband had invented radioactive chicken feed that would increase the size of chickens to giant proportions. Maude hoped that they could improve their production of fried chicken to take over the market. Unfortunately, Mr. Frickert hid the secret recipe before he died and didn’t tell his wife where it was. Shady characters were snooping around the farm, and Maude needed help. The gang joins Jonathan Winters to save the day in this episode of Scooby-doo.

Are you hungry for radioactive fried chicken? Yummy. Sounds like a show from the ’70s, doesn’t it? The reason it came to mind was because of Jonathan Winters played more than one role. Not only was he Maude’s voice, but he also pretended to be the National Guard. As gifted as he was, he couldn’t …
Read more

Understanding Intelligent Design: Everything You Need to Know in Plain Language (Free) 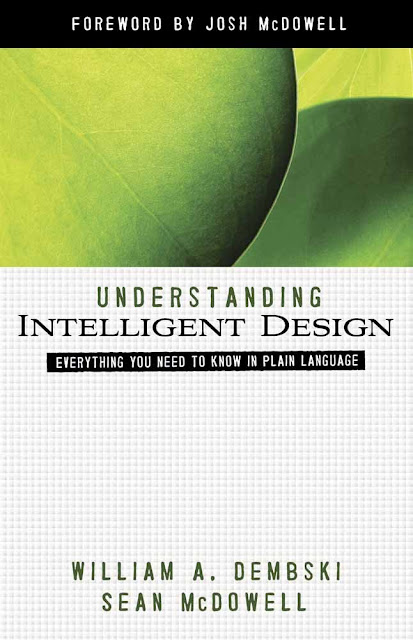 Faith Life and Harvest House are giving away the short book Understanding Intelligent Design: Everything You Need to Know in Plain Language by William A. Dembski; Sean McDowell; Josh McDowellFrom the publisherThis compact guide lays out the basics of Intelligent Design, popularly known as ID. William Dembski, the dean of the intelligent-design movement, and Sean McDowell especially target readers whose understanding may have been confused by educational bias and one-sided arguments and attacks.
Commonsense and no-nonsense, with pointed examples, the authors explain
the central theories of ID, showing why the presence of information and meaningful complexity require the involvement of intelligence why ID adheres to the scientific method and is a valid field of scientific inquirywhy scientific evidence increasingly conflicts with evolutionary theorieshow both evolutionary theory and ID have religious/philosophical underpinnings, and why this causes so much controversyhow both systems of th…
Read more