Nuclear Bombs, Near Misses, and 4 Ways to Persevere in Trial as Pastors 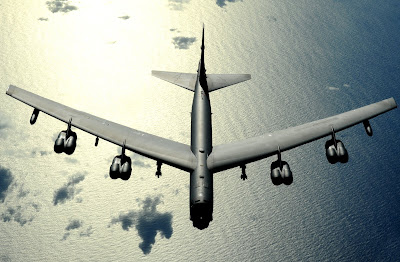 On January 24th, 1961, around midnight, an event happened that nearly changed history. Some of the details were considered classified until 2013, fifty-two years later. Now we know that three days after John F. Kennedy was inaugurated, a fleet of B-52 Stratofortress Bombers took off on a mission called Operation Coverall from Seymour Johnson Air Force Base. One of the bombers, on that cold winter night, had eight men aboard. It was not long into the flight, over Goldsboro, North Carolina, that they identified one of the wings had a fuel leak. At 9,000 feet that wing began to sheer off. So the pilot ordered the crew to eject. Sadly, only five survived. One ejected, and they found him dead in a tree with a broken neck. Two never left the cockpit.

As tragic as that was, the event could have been tens of thousands of times worse. This was a Broken Arrow event. The term Broken Arrow is code for a near miss with a nuclear weapon. You see the B-52 was carrying a payload. The government for years said the accident was a non-event. However, they admitted that two 3.8 megaton thermal nuclear bombs with 250 times more destructive force than the bombs dropped on Hiroshima were on board.

As the plane broke apart, both bombs deployed at 760 miles per hour. One gently landed in a tree standing straight up like the Washington Monument. For some reason, it had gone through all its arming sequences but one. The bomb was "One simple, dynamo-technology, low voltage switch stood between the United States and a major catastrophe." 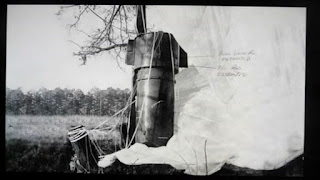 In the two miles of wreckage, it was harder to find the second bomb. When they discovered it in the Nahunta swamp, an expert on the EOD (Explosive Ordnance Disposal) squadron told his commander, Lt. Jack Revell, "We found the arming device." Lt. Revell said, "Great." "Not great," replied the man. "It was on arm not disarm."

They had no idea what would happen in those moments. Would this be their last day on the planet? Would nearly 100,000 people die in a blast the world has never seen? Would this spark a nuclear war? They did not know. With trepidation, this team worked in the dark to excavate until they diffused the bomb or determine it would not go off. This second bomb is still buried today some 100-200 feet below the surface. The government purchased an easement on that swampy part of the tobacco farm for $1,000. Every year the spot is tested for radiation leaks.

Had one or both of the bombs gone off, it would have reshaped the geography of the North Carolina, and the nuclear material could be detected all the way up to New York City. This was quite a near miss.

In pastoral ministry sometimes it seems like we are walking through minefields and near misses. We have our own Broken Arrow events. One slip at the pulpit, one joke at the door, one quick email, and we have lost another member. We have to deal with our inadequacies and our sin as well as the inadequacies and sin of those we shepherd. How does the church not blow up under our care? How do we persevere when we are playing clean up after ourselves or others? Maybe it feels like the bomb did blow. How do we keep going?

As a pastor, four things come to mind to help us make it through the near misses and nuclear events of life. Ministers, mentors, memories, and meditation are some keys to God's persevering grace for the tasks ahead of us.

I don't know where I would be as a pastor without the help of other ministers. I work at a multi-staff church, and that is a huge blessing. Not everyone has that. If you don't, another benefit is the plurality of leadership. Raise elders, leaders, or a team to help you along the way. Your help doesn't need to be hired. God have may given you a ministerium in your community, denomination, or conference. My conference has Together Groups. Pastor Ray Brandon, of North Bridge church in Kalamazoo, has done an excellent job gathering regional pastors together to share what is going on in our lives and explore how we can advance the gospel together. Moses had Aaron and trained leaders under him. Paul had Barnabas to encourage him. Who is your traveling partner, Aaron, or Barnabas? Seek out someone or some people to come alongside you to deal with the near misses and explosions in life.

I think we all need mentors or counselors. Sometimes they are the guys we read, long dead but living in the pages of a book. Sometimes it is an old pastor friend who has perspective and can keep a secret. Converge MidAmerica offers help through a program called MAP Ministers Assistant Program. This helps cover the cost of confidential Christian counseling. Byran Moak, the VP of church strengthening for Converge MidAmerica, is solely dedicated to strengthen churches and be a resource to pastors. Moses had his father-in-law, Jethro. King David had the prophet Nathan, to go to. Timothy had Paul. Who is your Jethro, Nathan, or Paul? Who can speak into your life and give you perspective? We all need others as we deal with our near misses and explosions in life.

Memories help us in at least two ways. First, memory helps us remember what God has done in the history of the world, and secondly, memory helps us to remember what God has done in my past. Psalm 136 recounts, "God's steadfast love endures forever" twenty-six times in conjunction with what God has done in the past. How have you seen God work? His steadfast love endures forever. He loves you. That is a fact (i.e., John 3:16, Romand 5:8). Maybe in the nuclear events, failures, and sin, you don't see God's love or feel it. It is there. He does love you. He could have had that bomb blow. Alternatively, maybe He did or He will. Regardless, the Bible is clear, in good times and bad, He loves you. Look through history to see His loving kindness.

Finally, I think we can gather strength in our crises and trials through meditating on God's Word. Jesus was talking to his disciples and said to Peter, "And I tell you, you are Peter, and on this rock I will build my church, and the gates of hell shall not prevail against it" (Matthew 16:18). God was going to use Peter to build the church. God was going to build the church. He did. Yet, Peter died leading the church. History records they crucified him. Jesus' message to Peter was not a promise that things would work out nicely. Maybe you may feel like you are being crucified. How do we deal with suffering?

What was Jesus promising?

God will build His church.

Jesus' promise reminds us ultimately God has this. He has the pulpit. He has your small groups. He has your ministry. Our job is to follow Matthew 6:33, "...seek first the kingdom of God and his righteousness." God will do His job. He is faithful. We need to be faithful to do our job in the good days and bad.

So how do we as pastors seek first the kingdom with all the ambiguity, unknowingness, hardship, hurt, limitations, failure, and sin? How do we hold fast to Matthew 16:18 not knowing the outcome of our efforts in the coming weeks and months and years? How do we pastor with pressure, stress, and loss?

One word to meditate on is Lamentations 3:22-24. It bolsters our weak arms and wobbly knees. "The steadfast love of the Lord never ceases; his mercies never come to an end; they are new every morning; great is your faithfulness. 'The Lord is my portion,' says my soul, 'therefore I will hope in him.'" Jeremiah needed to say to his soul God was his portion and hope.

Where is your hope and who is your portion? Maybe you feel like you are walking on eggshells when you walk into the office or go to your next meeting. You do damage control week in and week out. If that is you, remember whom you serve. Hang in there. Cling to God. Rely on Him and join other ministers doing the same.

Maybe it feels like the bomb went off. Now you are living in a post-apocalyptic time, barely surviving. The Lord is with you. Rely on Him and seek out godly mentors. Find your Jethro, Nathan, or Paul.

Maybe you look back over the years, and you have begun to see all the broken arrow experiences. You wonder how you made it this far. You could have given in to the temptation, and had an affair, stolen the money, or just coasted in laziness. You did not. Praise God for that! "He who began a good work in you will bring it to completion" (Philippians 1:6). He is the one who sustains, protects, and helps. Rejoice! Thank Him and keep relying on Him with your memory.

Robert Robinson wrote a lovely hymn that sings in the back of my mind when I am knee-deep in the mud of life trying to disarm the bombs, clean up the wreckage, or survive a proverbial crash landing.

O to grace how great a debtor
Daily I’m constrained to be!
Let Thy goodness, like a fetter,
Bind my wandering heart to Thee.
Prone to wander, Lord, I feel it,
Prone to leave the God I love;
Here’s my heart, O take and seal it,
Seal it for Thy courts above.

My challenge to us who minister is to cling to other ministers, find mentors, hold onto memories of God's Work, and meditate on His Word that offers gospel hope for us imperfect shepherds.